We are on the brink of June yet we still get together as a team and talk about how exhausted we are from March and April. The past couple of months have been a whirlwind of events, promo and new endeavours. To save you the trouble of having to read through it all, we spent a lot of time documenting the past couple of months in photographs and videos. Enjoy!

“HFB 101” launched and nobody was happier to finally be done with it than myself as this endeavour took months. This video is comprised of approximately 1,740 photos and all the props are entirely handmade. “HFB 101” was created as a simple introduction to the project and the team to whoever may be curious!

The team had a BBQ to raise funds at Australian Islamic College – Thornlie’s fete! Yes, we did attack the ice-cream vans the moment they showed up.

We hosted a Ladies Afternoon Tea to launch our Ambassadors Program! Check the write-up about the day here & hear Sr. Marianne, one of our ambassadors, speak at the event below: 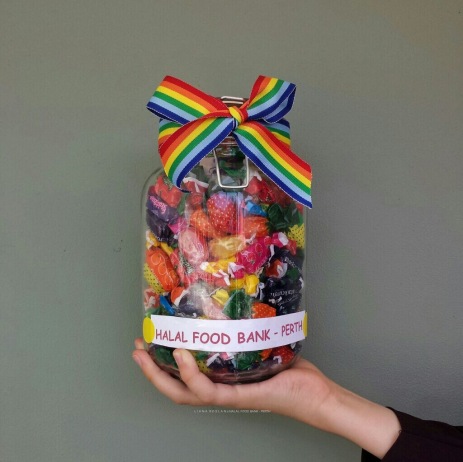 Another day, another stall: our awesome ambassador Sr. Marianne and her daughter Muneerah held it down at the Al-Hidayah bazaar. There was a guessing contest with a lolly jar and our coordinator Maryam, even tried her hand at FIFA!

And March was the month that we hit the Big 130! Alhamdulillah! Packing 130 boxes a month was our 2016 goal and we finally hit it in March. We also managed to carry this on through to April and we can’t express enough thanks to the generous Perth community.

In April we launched our “Join the Team” series. This series aims to show a little more about what goes on within our project and to aid recruitment, inspiring locals to get involved.

The team attended a quiz night hosted by the MSSA in April and it was a load of fun. We may have gotten a little rowdy/excited during the quiz but what else is new?

Also, we totally had the best table name.

That’s it for now folks!

If you’d like to know more or get involved, don’t hesitate to check out our Facebook page.

The humans behind homelessness

The latest news on WordPress.com and the WordPress community.